Drove to Vegas this afternoon. It took me about 5.5 hours to drive there, since I left a little late (2:30pm) and hit some traffic on the 10 and the beginning of the 15. Bleh. It was cloudy and overcast as I got out of LA, and once in the Mojave Desert It was also hella windy, there were mini-sandstorms whipped up, and the car felt like it was constantly being pushed to the side. Otherwise, was a rather uneventful drive, but here are some pix I took on the way. 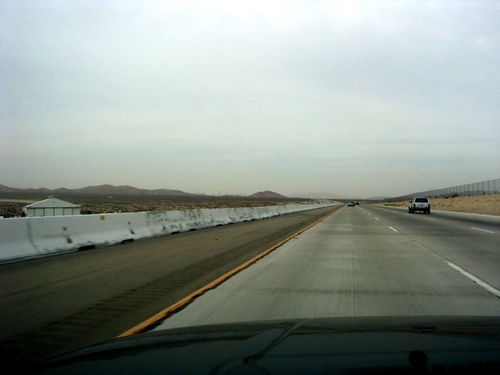 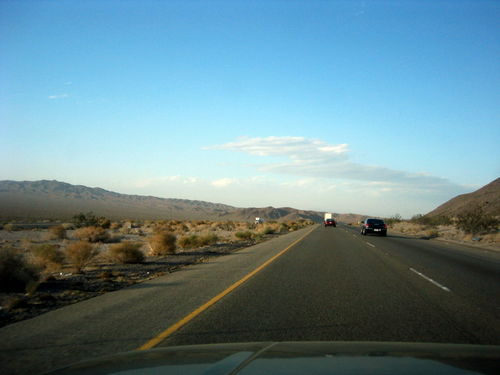 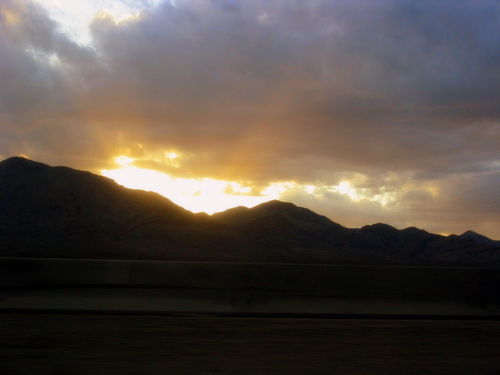 As I was going to meet my dad, who would be arriving in town for a conference, we weren’t staying on the Strip. Rather, we were staying at the JW Marriott Las Vegas Resort in Summerlin, which is about 8 miles west of downtown Vegas. Not that far, really!