Set up the CPU and motherboard. Pretty easy to do, relatively straightforward – pop the CPU on, lock down the gigantic fan, and then slap in the RAM. 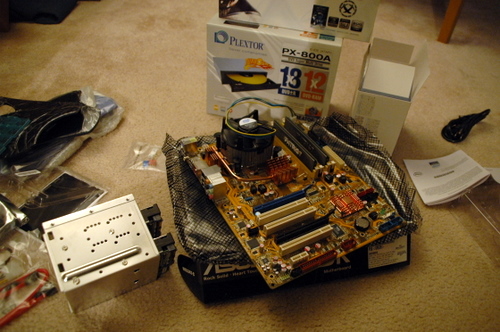 Then you go right ahead and lock the motherboard into the case, add the hard drives and DVD drive, then plug in the power and LED and controller lights. 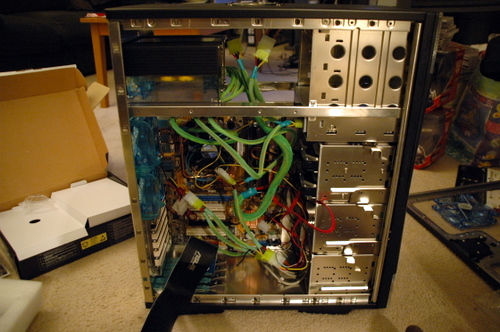 Update: Everything was in properly, I’d turn on the computer, and a loud high-pitched alarm would go off. Hmm. I thought it was the motherboard, but it turns out it was the videocard. What the hell? Ah… crap! I’m missing a cable. It’s a LP4 to 6-pin PCI Express power adapter cable, since the power supply I got (500W) in the computer doesn’t apparently have a 6-pin. And the new videocard needs one. Generally not a big deal – I’d just go over and pick up a cable down the street… except that it’s 11:45pm so everything is closed. 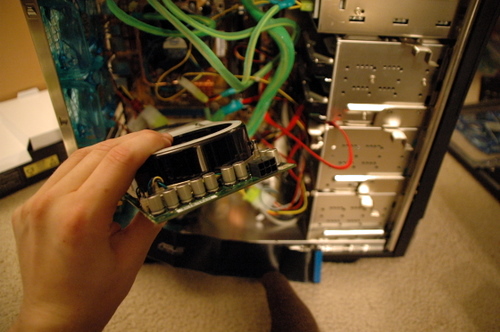 I guess the computer is on hold until tomorrow. That’s fine, since it’s been a long day and I’m tired.