Decided to make Indian pudding tonight. Never made it before, but it’s a traditional dessert from the New England area, best served with vanilla ice cream. I didn’t actually eat it; I just made it and will have some later in the week (need to get the ice cream, and people to share it with)!

The recipe is really simple. Start out with 6 cups of milk, and one stick (1/2 cup) of butter, and then transfer it to a saucepan: 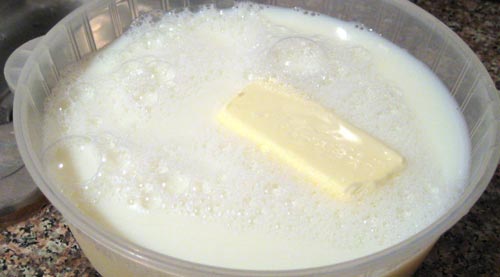 Scald the milk and butter, and then put it in a saucepan. In a separate bowl, mix 1/2 cup of cornmeal, 1/4 cup of flour, and 1 teaspoon of salt: 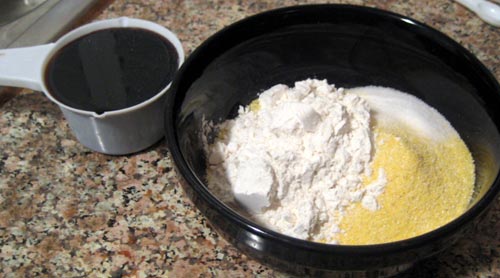 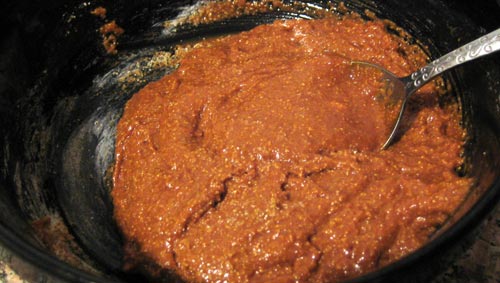 Spoon in the heated milk/butter mixture to thin it out, and then add the whole mess back into the saucepan, and cook it over medium heat until it’s thickened.  Then, in a new bowl, beat three eggs: 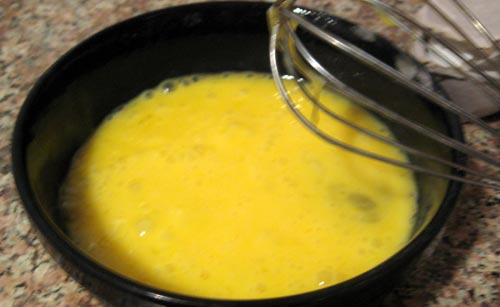 Temper the eggs with the heated mixture, and then pour it back into the saucepan: 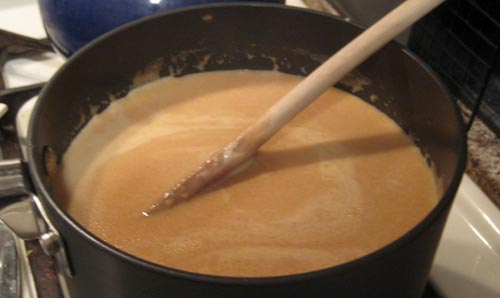 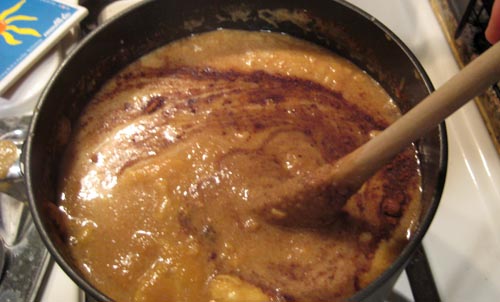 Stir it all until smooth and blended.  Add 1 cup of golden raisins (optional): 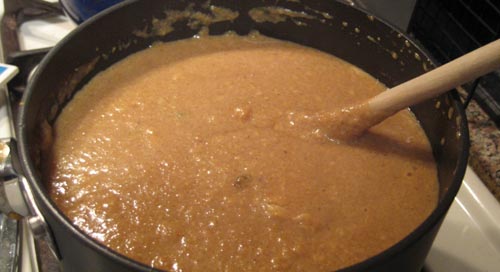 Pour it all into a casserole dish (I used my slow cooker dish, since I didn’t have one big enough!), and bake for two hours at 250-degrees.  Take it out, and let it cool for an hour: 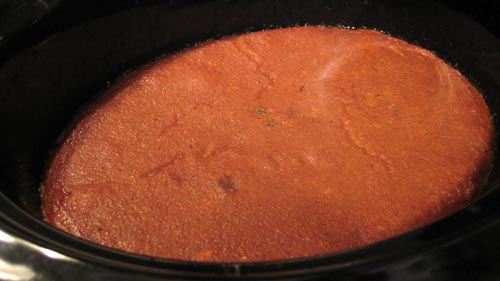 Serve with ice cream! (I don’t have ice cream yet, so here’s a photo of the final product, transferred to another casserole dish for storage in the refrigerator.  YUM!) 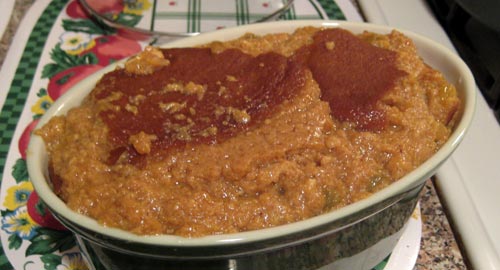