I was met at the airport by Juan, who took me to the Eurosuites 2 where they had graciously gotten me a room to clean up and relax.  After washing off the travel, we went to get a coffee and attempt to get a WiFi connection somewhere, with limited success.  We then took a cab to the main center of town, and walked around a bit.  There was a cool Inception billboard in one of the plazas, and in the other plaza, a rather overweight Spider-Man was trying to entertain the tourists. 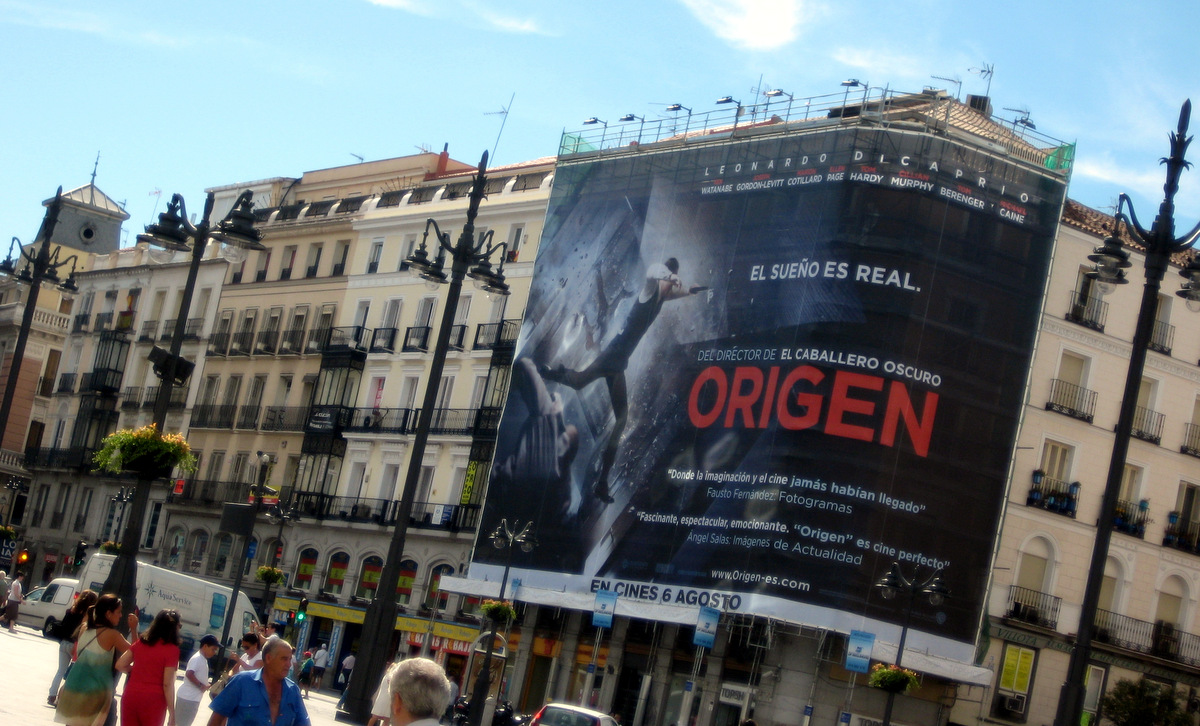 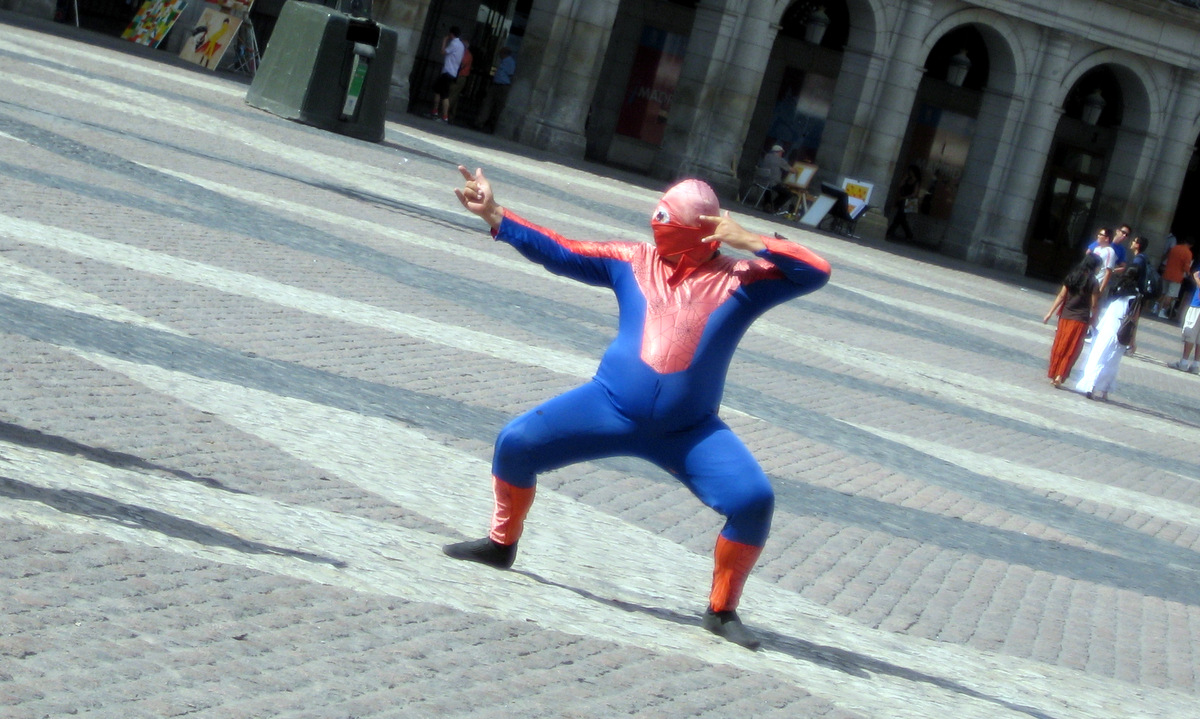 before getting me an early light lunch (very tasty jamon, and a Manchego cheese sandwich).  I started to feel a bit tired, so Juan dropped me off at the hotel so I could nap a bit before we were to go to the airport to meet up with a bunch of folks for the bus to Ubeda.

About two hours later, I awoke – somewhat groggy from my nap – and we headed to the airport after Juan got some lunch for himself, and met up with a bunch of folks there, all of whom were going to be on the bus ride to Ubeda. The ride itself was uneventful – I managed to get about another hour of napping tucked in there, and we did have a 30-min stop over about halfway through. 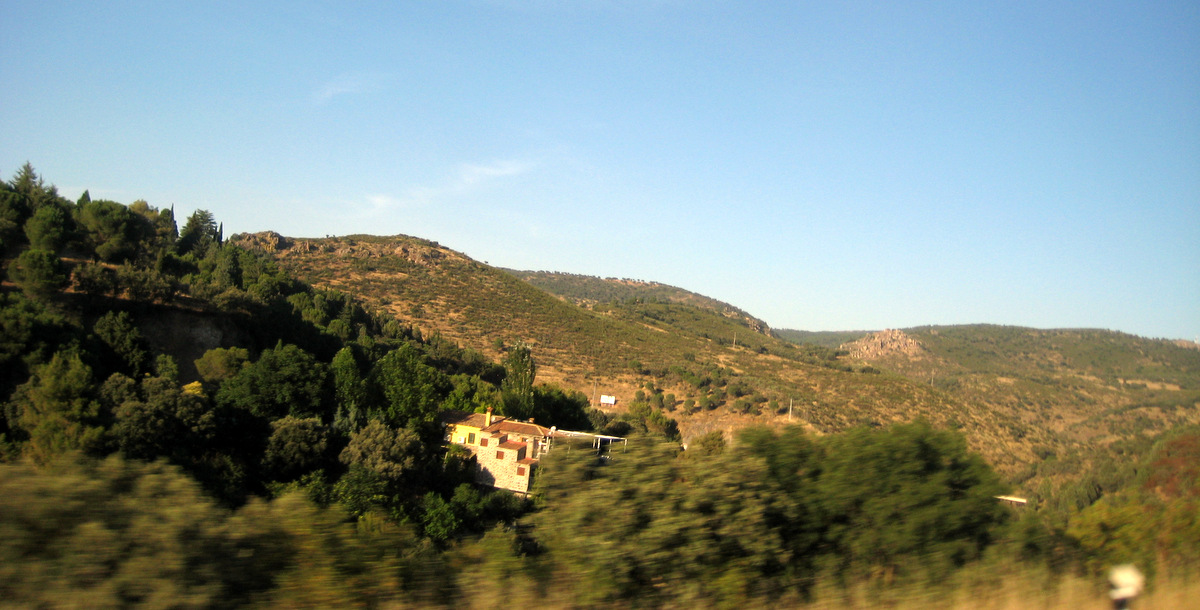 We got into Ubeda around 9:30pm, and checked into the hotel. I then went for dinner with soundtrack producer Mikael Carlsson and composer Zacarías M. de la Riva, and we went to Pizzeria Venezia, which was highly recommended, and was very, very good. 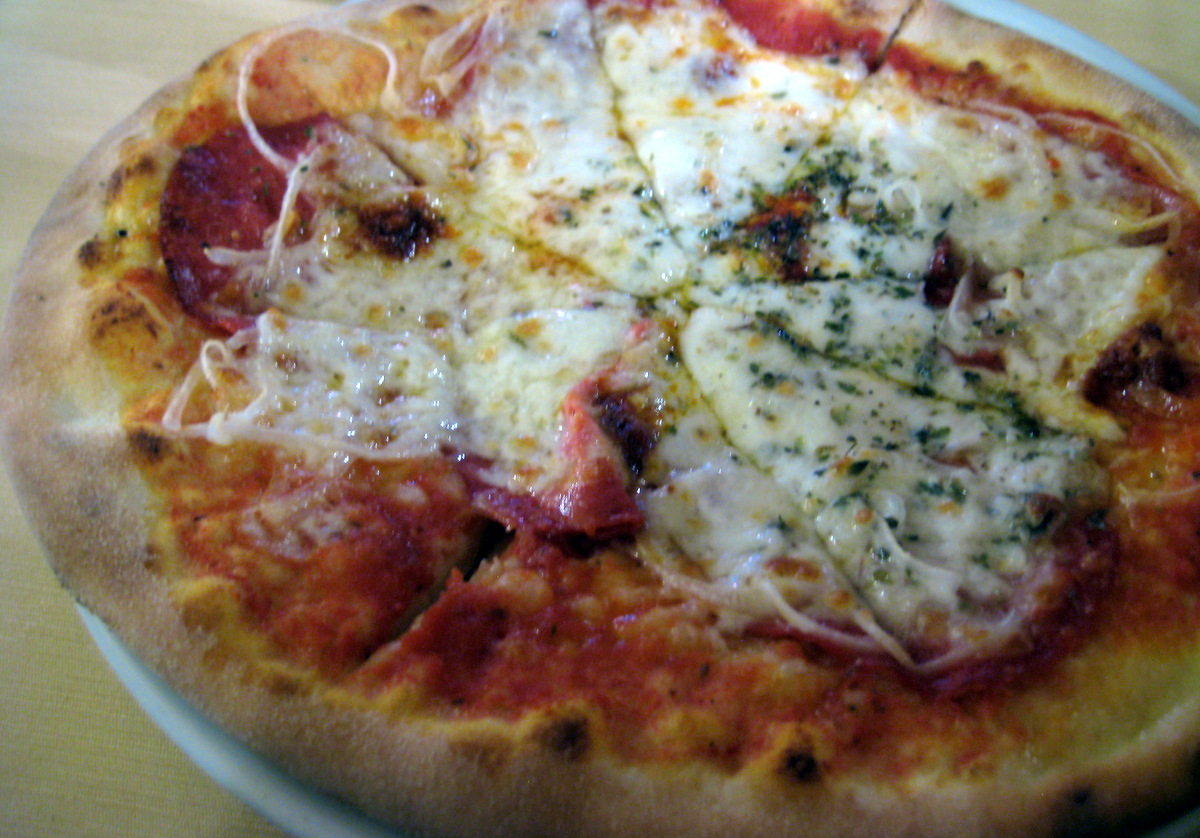 But then it was late, I was tired, and it was most definitely time for bed… big day in the morning!