I’m heading to Ubeda, Spain, to attend the 6th Annual Film Music Festival. While I had gone three years ago as a journalist covering the event for SoundtrackNet, this time I’m going as a panelist, and will be speaking about my work producing soundtracks with La-La Land Records. I’ll also be making some pretty big announcements there, about some of our upcoming releases!

The two-leg flight started from LA and took me to Washington Dulles International Airport, and starting bright and early – 7:50am.  That meant I had to get to the airport around 6am, and blessedly my good friend Pete was a trooper and shuttled me out there, picking met up at 5:30am. Now that’s friendship!  My bag was checked through to Madrid, and I slept for about half of the flight.  I was crammed in an aisle seat towards the rear of the overbooked Boeing 777, but my iPod provided much solace through the journey.

We landed a little early at Dulles, but due to the gate being full, we sat on the tarmac for about 15 minutes before finally arriving.  My next flight – a nonstop Washington DC -> Madrid flight operated by Aer Lingus – was due to depart 1.5 hours later, from a gate next to the one I just arrived in.  That made it easy.

I have to admit it’s rather odd to me to note that Aer Lingus – the Irish airline – doesn’t serve alcohol to the economy class passengers.  At least, not for free.  Luckily I planned ahead and brought my own, in two 3oz. containers.  The flight was about 50-60% full, which was nice since it meant that I had an empty seat next to me, and could spread out rather comfortably for the seven hour flight from Washington-Dulles to Madrid.

An extra bonus, there were standard electrical outlets between every seat – so I was able to plug my netbook in, and enjoy some pre-loaded entertainment and games that I had put on there – and therefore would have a fully charged computer and PDA when I landed.  Which is good since I have about six-seven hours to kill in Madrid before the four-hour long bus ride to Ubeda!

While I was unable to get much sleep on the flight (I decided not to take the sleeping aid my doctor had given me, and instead tried to go naturally), I did manage to get about two hours, I think. The rest of the day is likely to be a blur, and I anticipate napping on the bus ride in the afternoon.  We’ll see! 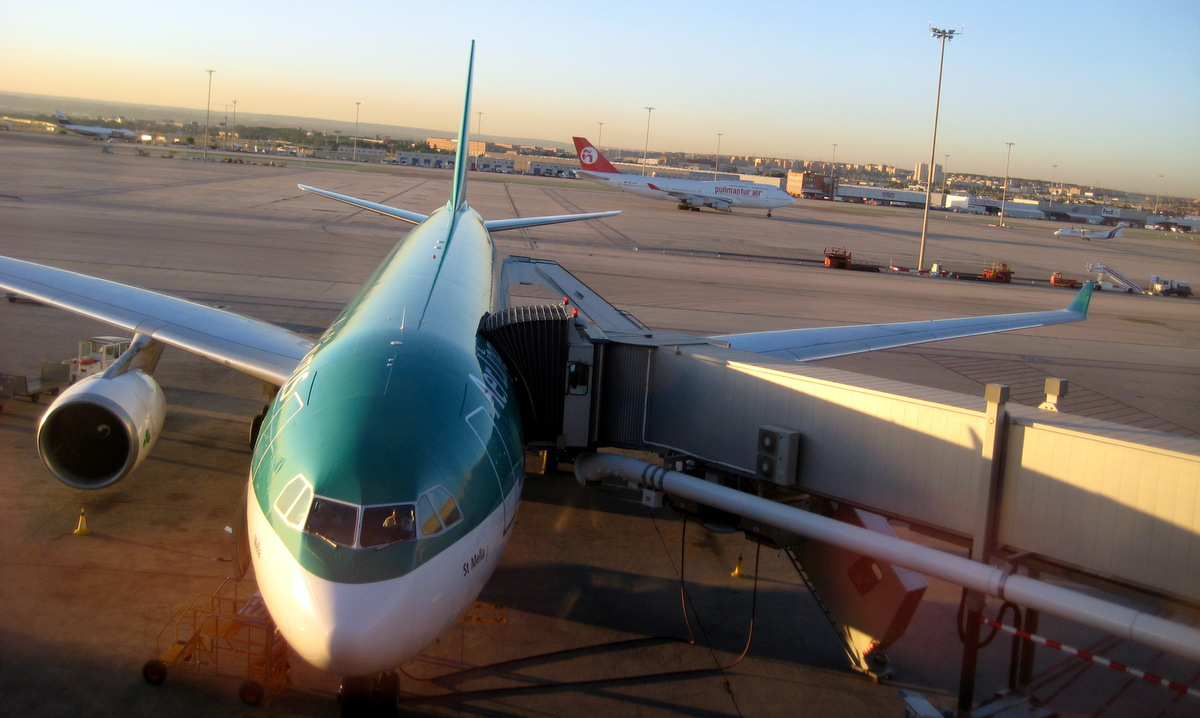 After we landed, we traveled for another fifteen(!) minutes before arriving at our gate.  It was a quick breeze through passport control and customs, and then my bag arrived within another ten minutes.