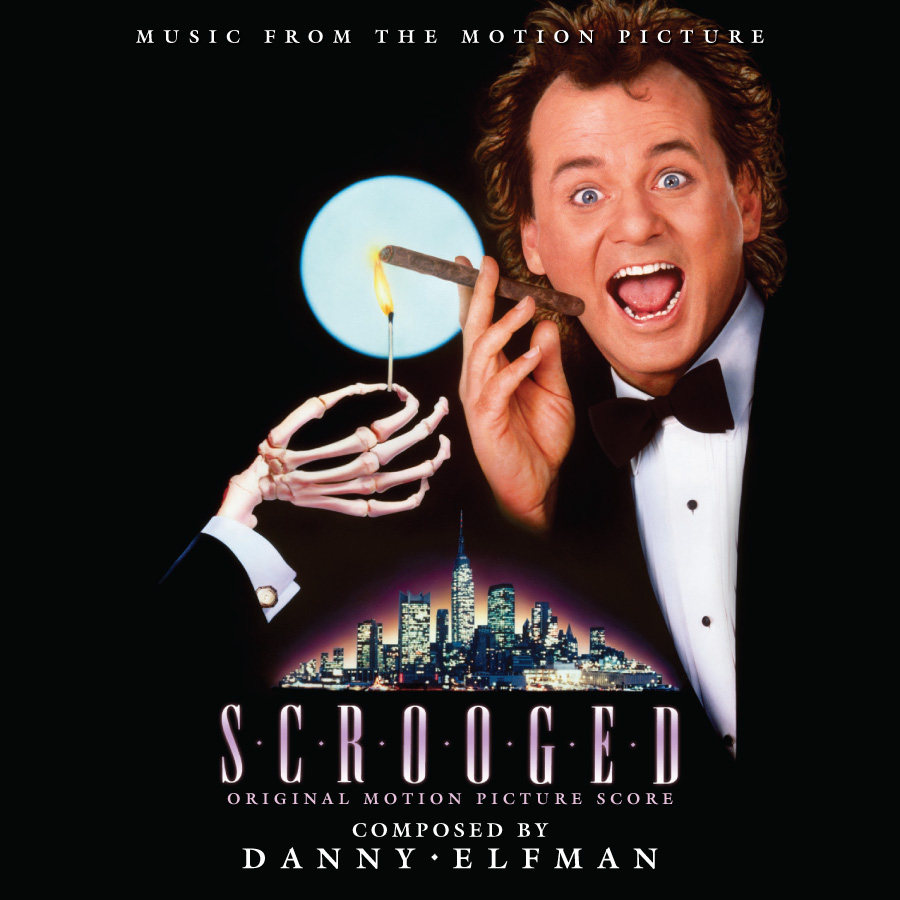 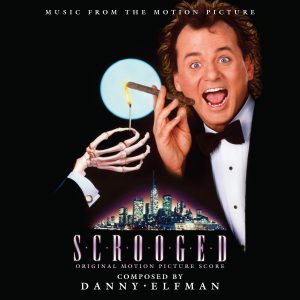 ‘Tis the season! Indeed, one of the most sought-after Danny Elfman scores will finally be released for the holidays: 1988’s comedy Scrooged.  This modern retelling of the classic Dickens tale featured one of Elfman’s earlier scores, and aside from an 8-minute long suite on his “Music for a Darkened Theater” compilation, it was never released – until now.

Working with a variety of elements, we pulled the whole thing together and created an album with the score and a bunch of the source cues heard in the film (no songs, sorry)!  In addition to wearing my Album Producer hat, I also served as Art Director on the project, creating the 24-page booklet, disc and tray art.