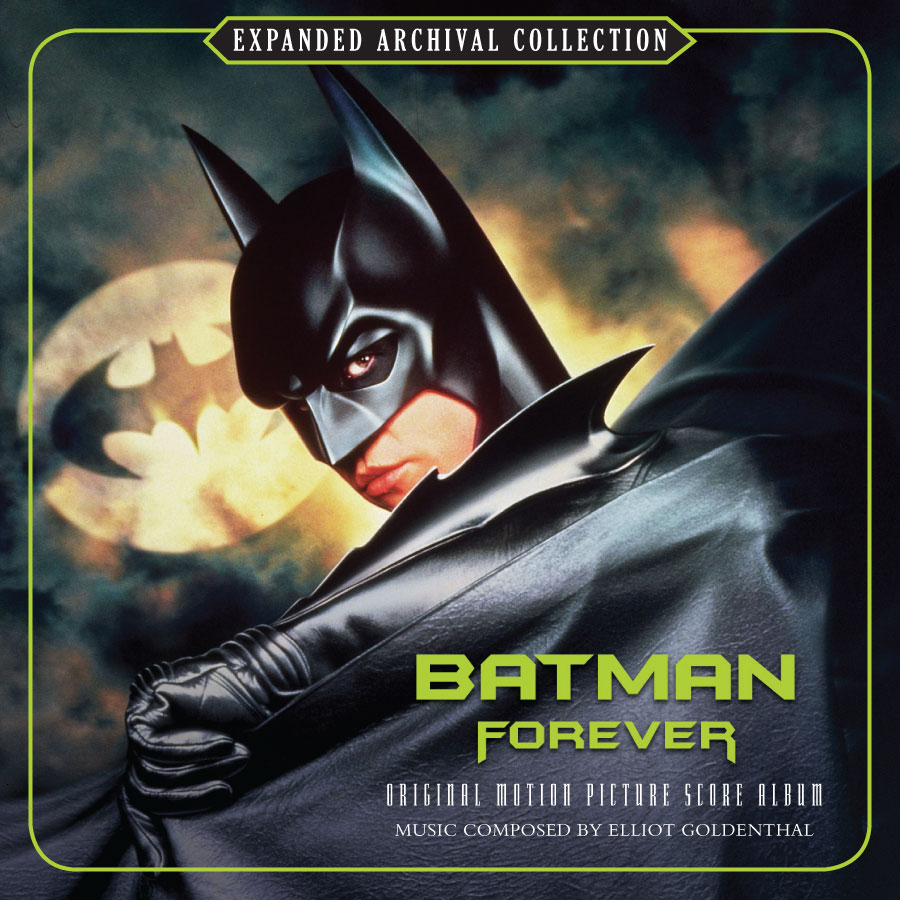 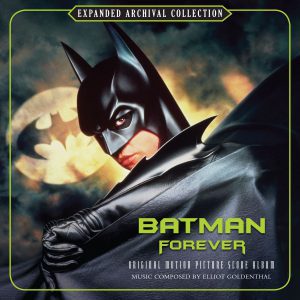 Today La-La Land Records released the third expanded release in the Batman film series that started in 1989, and ended quite horribly with 1997’s Batman & Robin.  Elliot Goldenthal’s score for Batman Forever is a tour-de-force of musical bombast, thematic expressionism and orchestral fury. In short, it’s bizarre and awesome and I love it.  Working on this one was a thrill in that I not only got to co-produce the score with Neil S. Bulk and MV Gerhard, but I got to do the art direction.

We had limited resources to use, and I was inspired by the original 1995 album artwork, which I tried to use as a major influence.  The best part was using the invaluable Internet resource WhatTheFont to figure out what the two fonts were that were used on the original album. (Senator Tall and Bembo Std, in case you cared!) The tricky part was that the font used was very thin, and due to the way that four-color printing works, if there was any shift in one of the color plates, it would cut into the font (which appears white against a dark background because it’s simply an omission of ink), making it a little hard to read.  Lesson learned, but it’s still a package I’m very happy with, and John Takis’ liner notes are informative.  And the music, well, that’s just gonna stay in my CD player for a few more weeks, I’m sure.