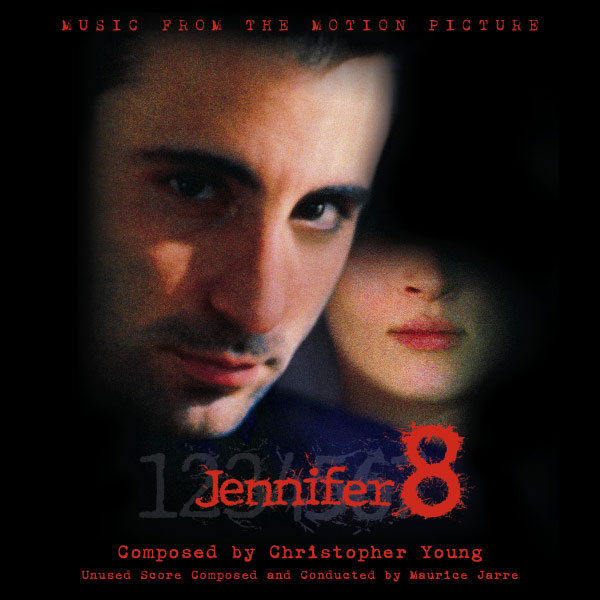 My latest album project is music from the 1992 psychological thriller, Jennifer 8.  The original score by Christopher Young is one of his most beautiful and haunting ones, and had been released previously by Milan Records at the time of the film’s release.  For this new album, we let Chris “re-visit” the score, and put together a new assembly that is similar in some areas to the Milan release, but different in others.  Additionally, we have a second disc of music containing all of the score that Maurice Jarre recorded for the film before being replaced by Young on the project.  It’s a very interesting and darker score that focuses more on the mystery, and less on the romantic aspect of the film.  I also did all of the art direction for the project.