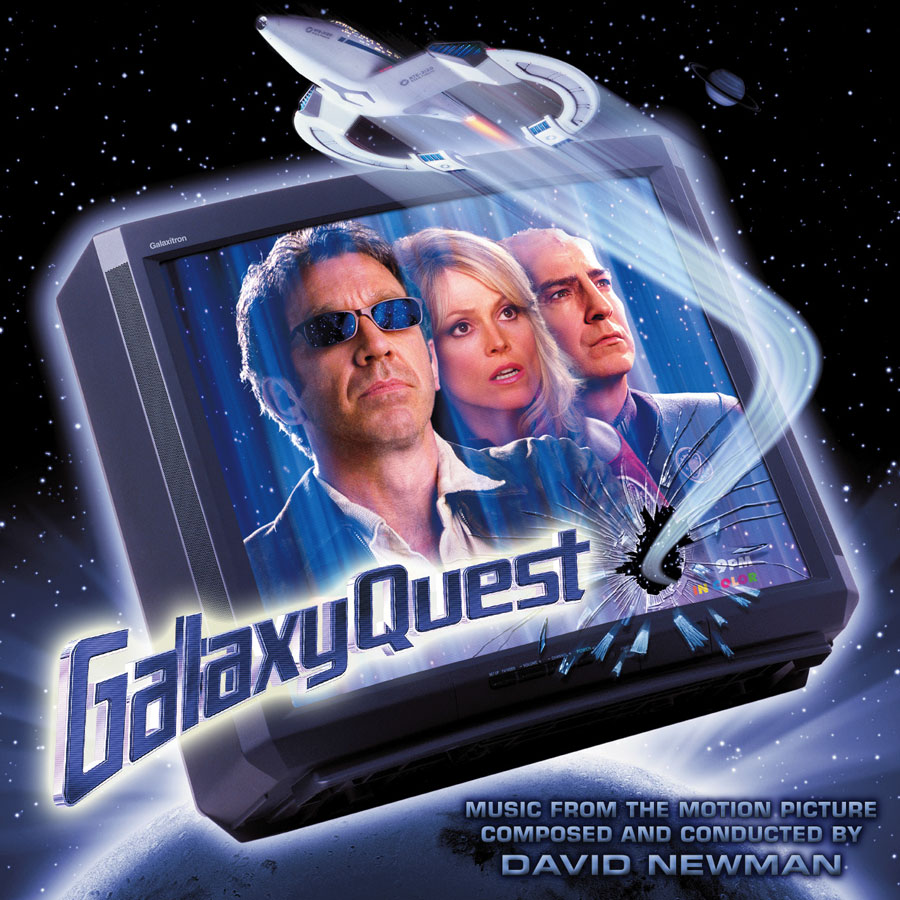 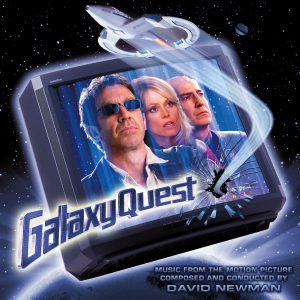 When I moved out to Los Angeles nearly fifteen years ago, I came out here to work in the visual effects side of the film industry. I had limited success, but it was a bad time for the ‘biz, with VFX houses shutting down left-and-right, and ultimately I took a full-time job as a 3D animator at a small multimedia company.  One week after I took the job, I was offered the VFX Production Assistant position on Galaxy Quest, and I had to turn it down (I had just signed a year-long contract), and thus ended my VFX journey.  Now, years later, I finally had another opportunity to work on Galaxy Quest, as the producer and art director of the soundtrack release, now available from La-La Land Records!

There had never been a soundtrack album release of Galaxy Quest before; only a promotional CD released in 2000.  Working with composer David Newman, we felt that his personal archive would provide the best quality (when compared to the DAT source from Paramount), and we went with that for the album mastering.  Doing the artwork was a lot of fun, too.  We found great high-resolution key art sources from Paramount (even though they originally said they didn’t have it, and I went looking at the ad agency that they used for the film), and that resulted in the very nice clean cover above.  For the booklet layout, at Neil S. Bulk’s suggestion, we decided that it would make sense to satirize Joe Sikoryak’s classy layouts for the Star Trek film score albums that Intrada had been releasing – since Galaxy Quest is, of course, making fun of Trek.  I am still amazed that we were able to have the disc art just be the “shield” from the film, with no logos, titles or anything other than the legal text around the rim. It was a fun project to work on, and it’s a really enjoyable score!