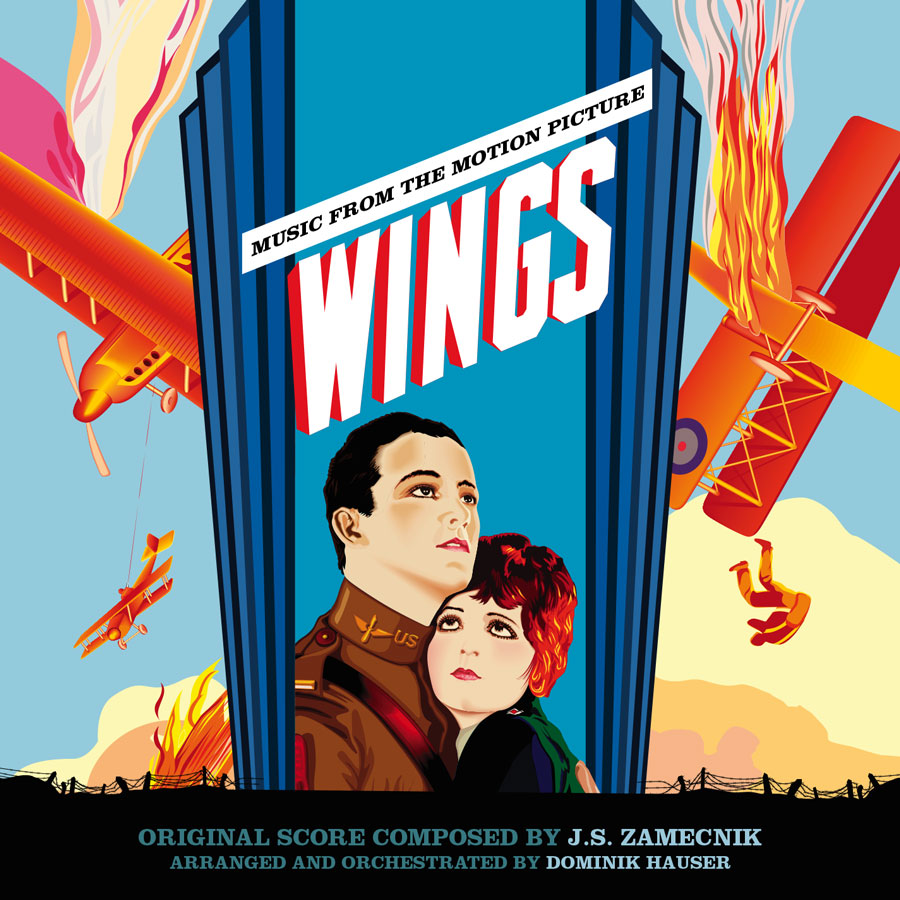 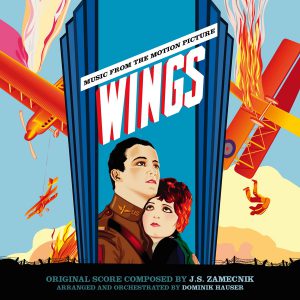 1927’s silent film Wings was the first film to win an Academy Award for Best Picture, and it holds its place in history for that reason.  As a film, it’s a decent one, focusing on two friends during World War I.  It was (loosely) inspiration for Pearl Harbor, but don’t hold it against it for that reason.  To celebrate the 100th anniversary of the studio, Paramount and Technicolor undertook a massive restoration effort of the film.  In the process, it was discovered that the original score sketches by silent film composer J.S. Zamecnik existed, and composer/orchestrator Dominik Hauser worked hard with Jeannie Poole to reconstruct the music, and a new recording was comissioned. I produced the soundtrack album for La-La Land Records, and handled the art direction featuring Poole’s extensive and detailed liner notes.  It’s a good score for a classic silent film, and worth checking out!