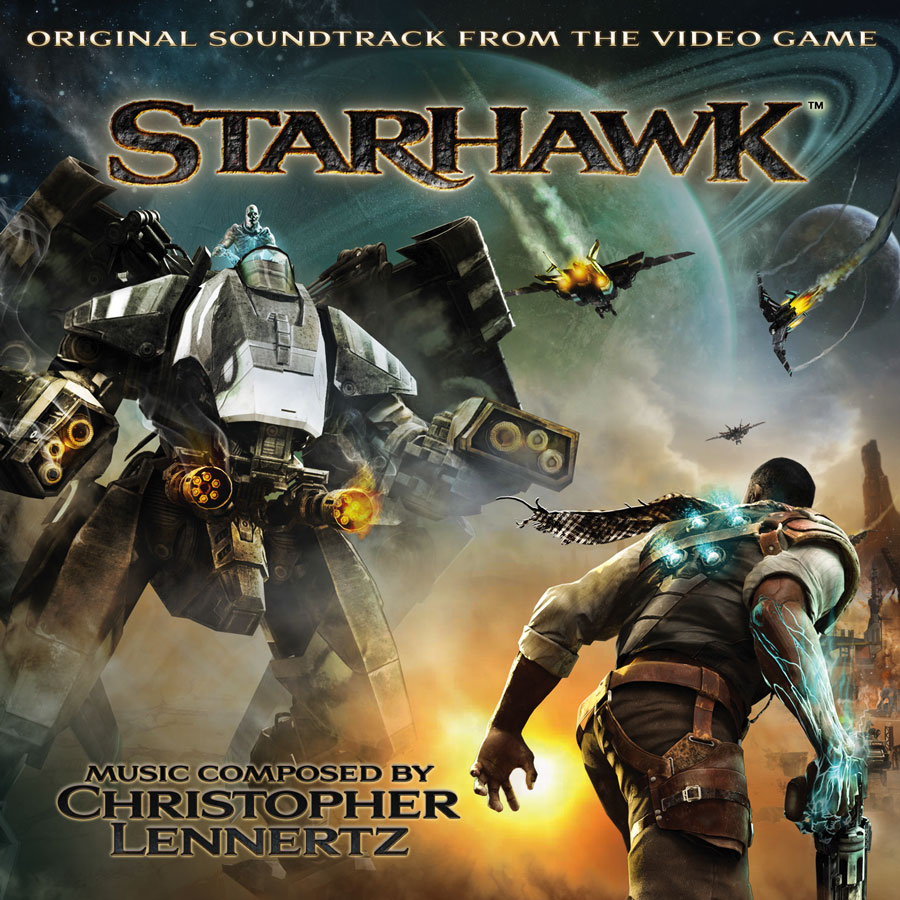 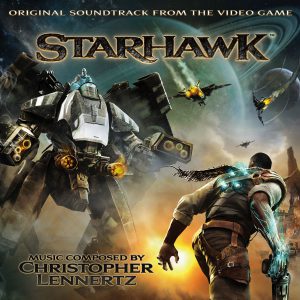 Composer Christopher Lennertz does a lot of composing for pretty much every genre available (except live theater – for now).  Whether it’s television (“Supernatural”), films (Alvin and the Chipmunks, Horrible Bosses) or videogames (From Russia With Love, Gun), he always tries to make the music interesting and fun.  StarHawk is no exception – in fact, in many ways, it sounds (to me) what I wanted from Cowboys and Aliens – an energetic Western score with Sci-Fi action, and melodies.

The soundtrack album for StarHawk was just released by La-La Land Records, and I worked as the art director on the project. Working with the fine folks at Sony Computer Entertainment, I created new album cover art based on the box art from the game, with a little bit of shifting of some Photoshop layers to make the rectangular image fit in the square cover limitations.  Some montage imagery in the booklet was created from a whole mess of material that I had to sort through, and overall I’m pretty happy with it – so check it out today!