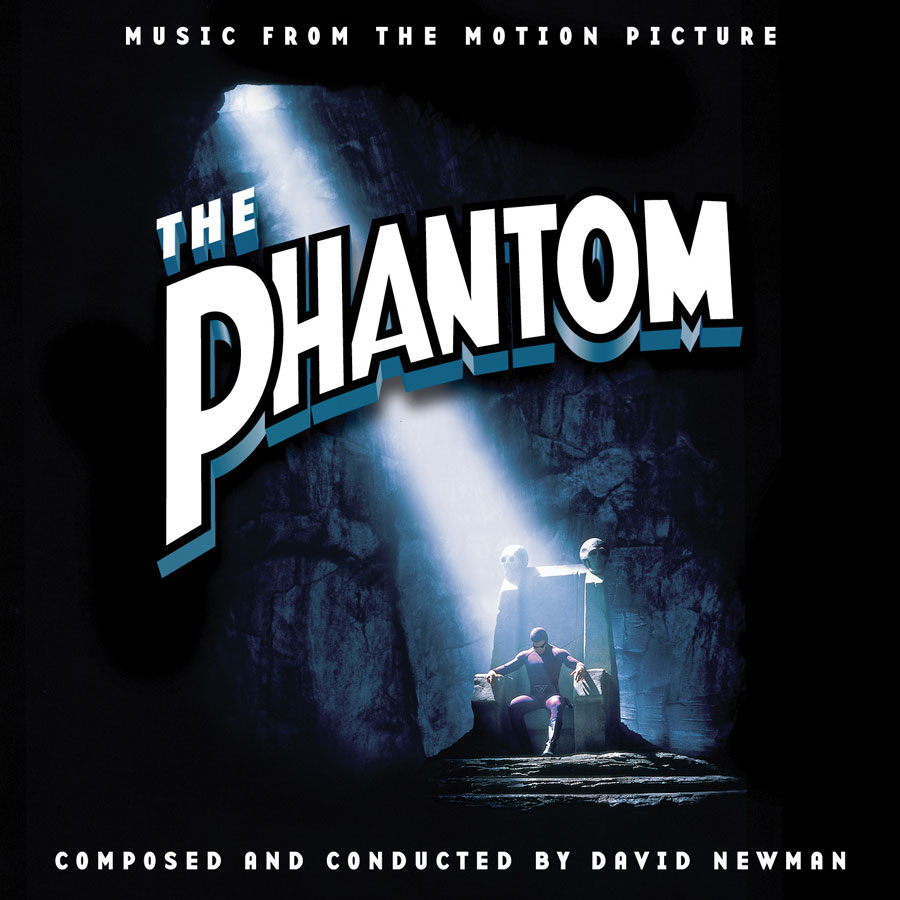 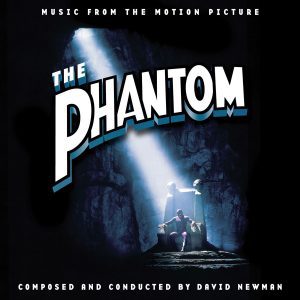 Once Galaxy Quest was in the can, I was able to turn my producing ears to the next project – also a David Newman score. The La-La Land Records limited edition soundtrack release of The Phantom would ultimately come out after Mommie Dearest and Wings, (released at San Diego Comic Con) but  it was well worth the wait.  It’s probably one of David Newman’s best scores, and easily one of the best orchestral action-adventure scores from the 1990s.  Like Galaxy Quest, we used the material found in David Newman’s personal archive, and it sounds spectacular!

I also art directed the project, and knew from the start that the album cover was not going to be the horrid purple “Slam Evil” poster which was used on the original Milan soundtrack album. Instead, I went for the teaser poster art, which I thought was a bit more mysterious and classy.