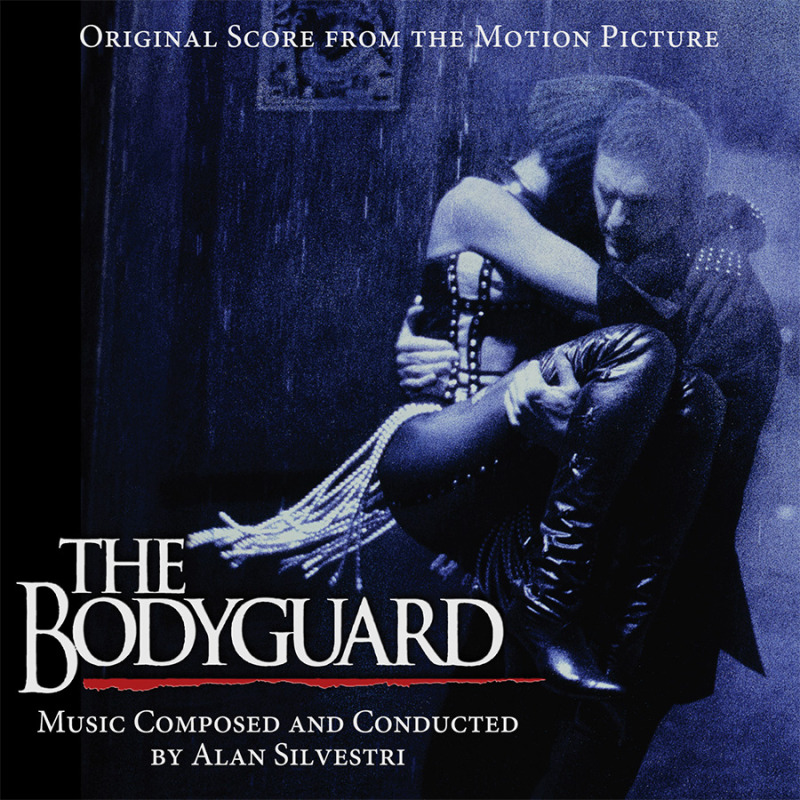 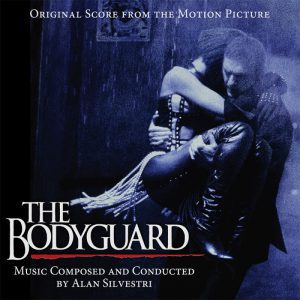 The third album that was released today was the score album for Alan Silvestri’s The Bodyguard, which I produced and art-directed for La-La Land Records.  Until this project, I actually hadn’t seen the film or heard the music beyond one score track on an old Alan Silvestri promo album.  The music was surprisingly noirish and dramatic, and I really enjoyed putting the album together.  For the artwork, I was able to use the key art imagery which (surprisingly) wasn’t used on the original song soundtrack album release.  We only had some limited imagery at our disposal, so I made efficient use of them while keeping the package dark and moody like the film