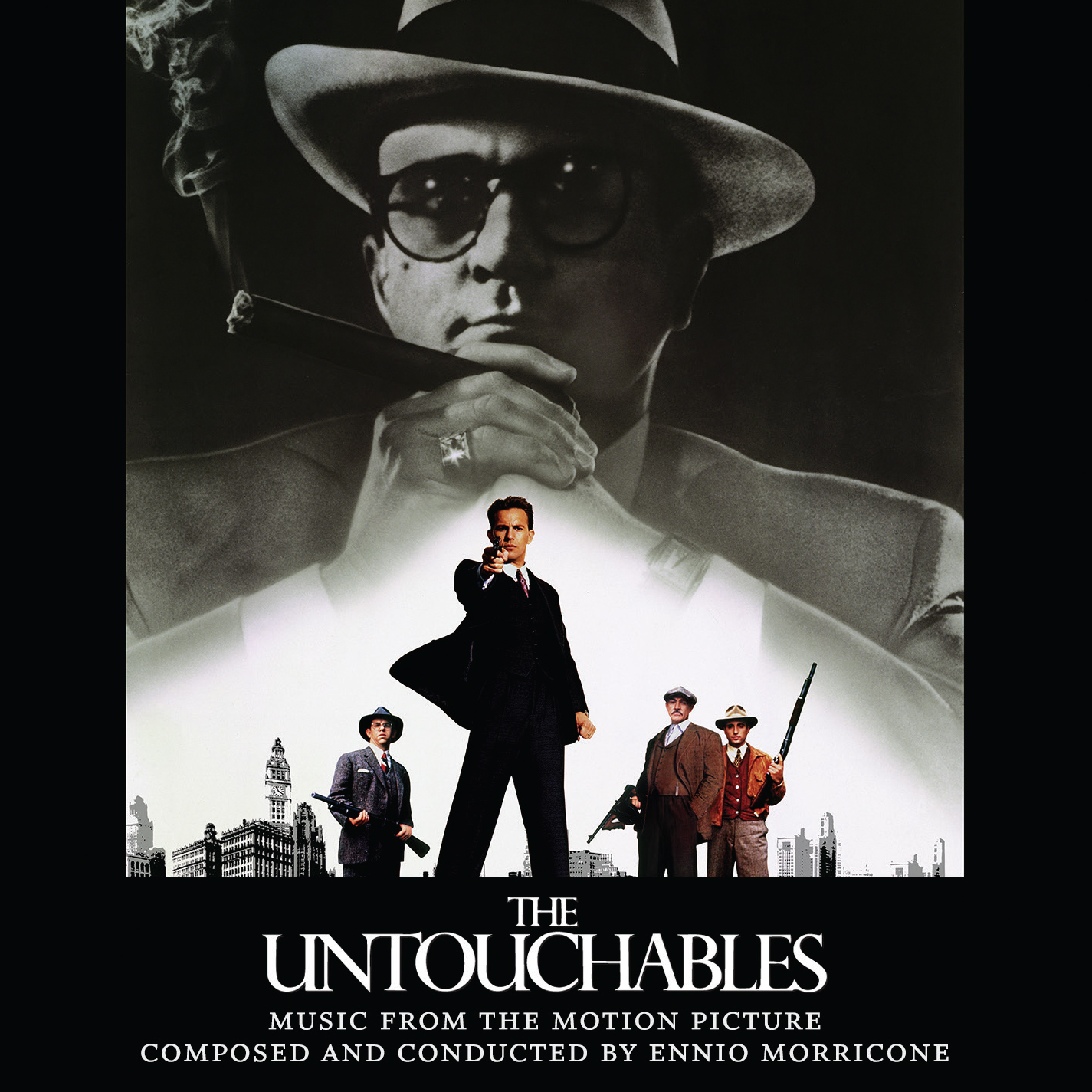 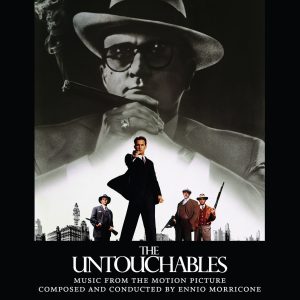 My latest project is the 25th Anniversary release of Ennio Morricone’s Grammy-winning soundtrack to one of my favorite films, The Untouchables.  This two-disc set features the entire film score (on disc 1), the original album (remastered) and bonus tracks – including a surprising find: Randy Edelman singing a song demo he wrote based on one of Morricone’s themes!

The artwork for The Untouchables was a challenge to do, in that we had a lot of liner notes, and only a 24-page booklet to squeeze everything into.  There was quite a bit of shuffling of things, and in the end, I’m quite please with the result – nearly every page features someone with a gun.  The album cover itself was a challenge; I was presented with a cropped and none-too-pretty version of the key art, and realized that they had also sent me the original photographic assets that comprised it.  So, I re-created the original poster key art in Photoshop – at print resolution – using the guide that they provided – and it looks completely revitalized!

The soundtrack to The Untouchables is one of my favorite scores, and I’m very proud of the work on this album. I hope that you consider picking it up today from La-La Land Records for the holidays!