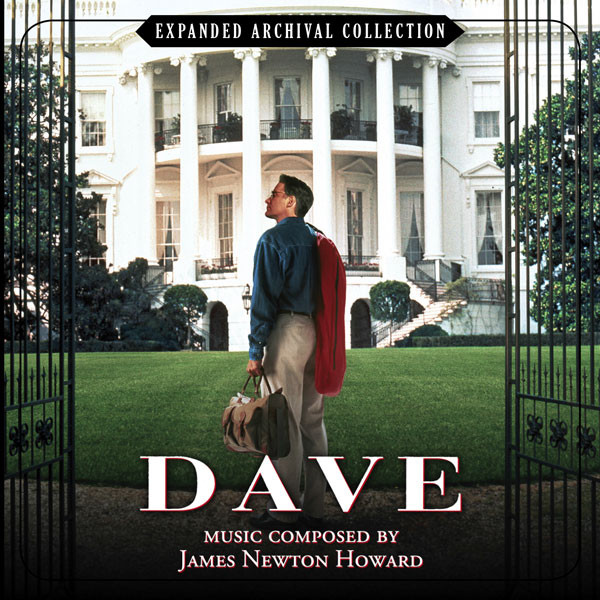 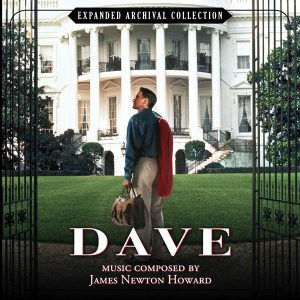 James Newton Howard’s score to Dave was one of the best scores of the 1990s.  The main theme was used in countless film trailers, and the score was right in the middle of a very successful run for James, having scored such films as Glengarry Glen Ross, Alive, Falling Down, and afterwards he would tackle The Fugitive (gaining an Oscar nomination), Wyatt Earp, and other great scores.  So when we got the green-light to expand the soundtrack to Dave, I was thrilled at the opportunity.  We got the source material from James’ personal DATs, and the sound quality was great. The album was assembled, and then… it sat.

It wasn’t until nine months later that the album was mastered, and the liner notes written.  And then, it sat.  The release schedule kept changing, things got shuffled around, and then we were finally going to release Dave in the spring of 2012, a year and a half after I finished my album assembly in September 2010.  But then, the schedule changed, again, and things got moved around.  Finally we were aiming for an Election Day (November 2012) release date, and then… things changed.  We weren’t going to make the release date, so we decided to shift it to January 2013, in time for the Inauguration.

And so, nearly 2.5 years after I first started on the journey, I’m thrilled that the expanded soundtrack album for James Newton Howard’s score to Dave has finally been released.  I hope you enjoy it as much as I do!