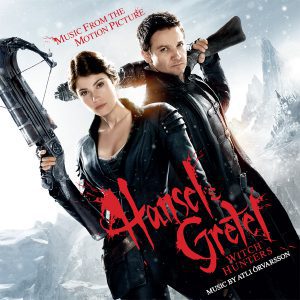 Much like Jack Reacher, the soundtrack release of Atli Örvarsson’s score to Hansel & Gretel: Witch Hunters marks  the second time that La-La Land Records released the physical album for a current Paramount film.  My involvement on this project was pretty much the same, helping coordinate things between the label and Paramount, and giving feedback where necessary. Ultimately, the album that you hear is all Atli’s doing, and it’s one kick-ass score.  The film looks to be a fun ride, and the music reflects that: an orchestra thematic score with the styling of Rammstein.  Be sure to check it out, now available from La-La Land Records!