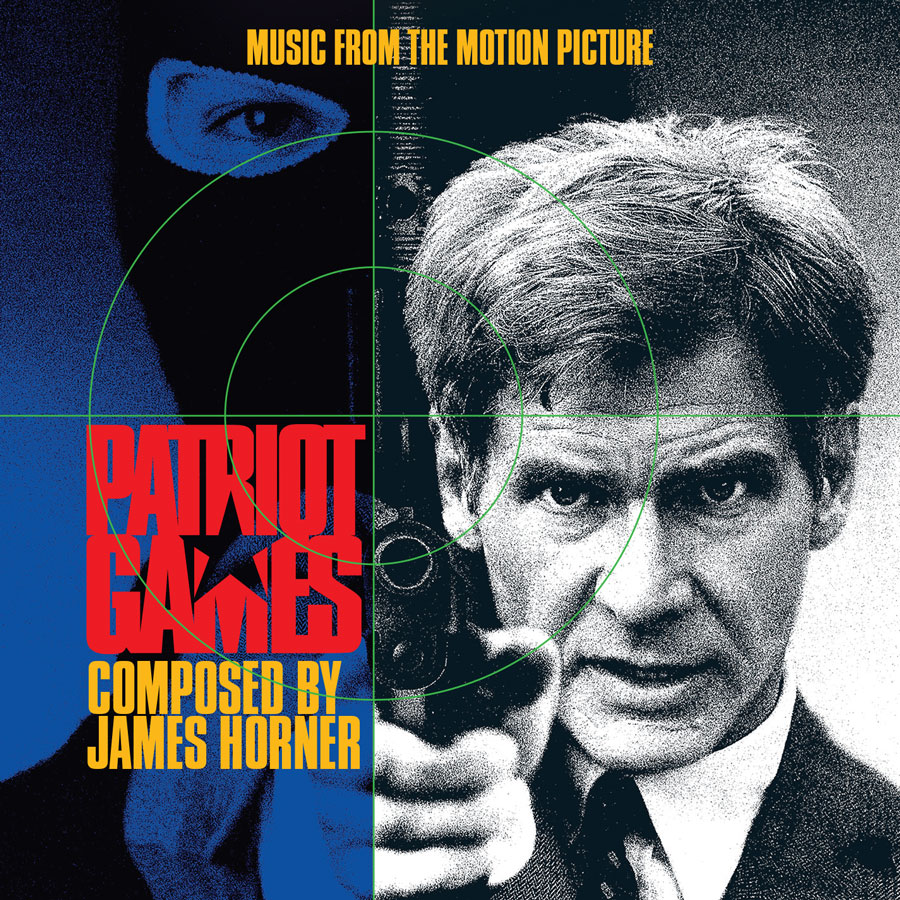 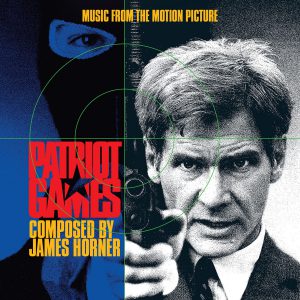 Working on a score like Patriot Games took me back to my high school years, and my memories of when I first saw the film .I remember being disappointed that Basil Poledouris and Alec Baldwin didn’t return to the Jack Ryan sequel to The Hunt for Red October, but found Horner’s Irish-infused score enjoyable in its own right.

There was only about 45-minutes of score released originally, and this new expanded album doubles that (including bonus tracks) to 90-minutes.  Highlights include the dark synths of “Strange Cargo”, and the film version of the “End Credits”, among many others.  It was a relatively straightforward album to assemble, and doing the artwork was fun as well.

I first tracked down the fonts used in the key art (“Compacta”) to create the text, and recreated the cross-hairs as well.  The opening title sequence of the film is an evocative image, of a camera rushing over a field of trees that has been processed to be duo-tone blue and black – so that formed the basis of the background imagery in the booklet.  A lot of the available imagery from the Paramount archive included visuals from the original ending, in which Harrison Ford and Sean Bean continue their fight on some rocks after the boat crashes (and presumably explodes).  They were visually interesting enough that I decided to use one of them as the back tray image – so if you’re wondering where that came from, there’s your answer!  Patriot Games is now available from La-La Land Records.