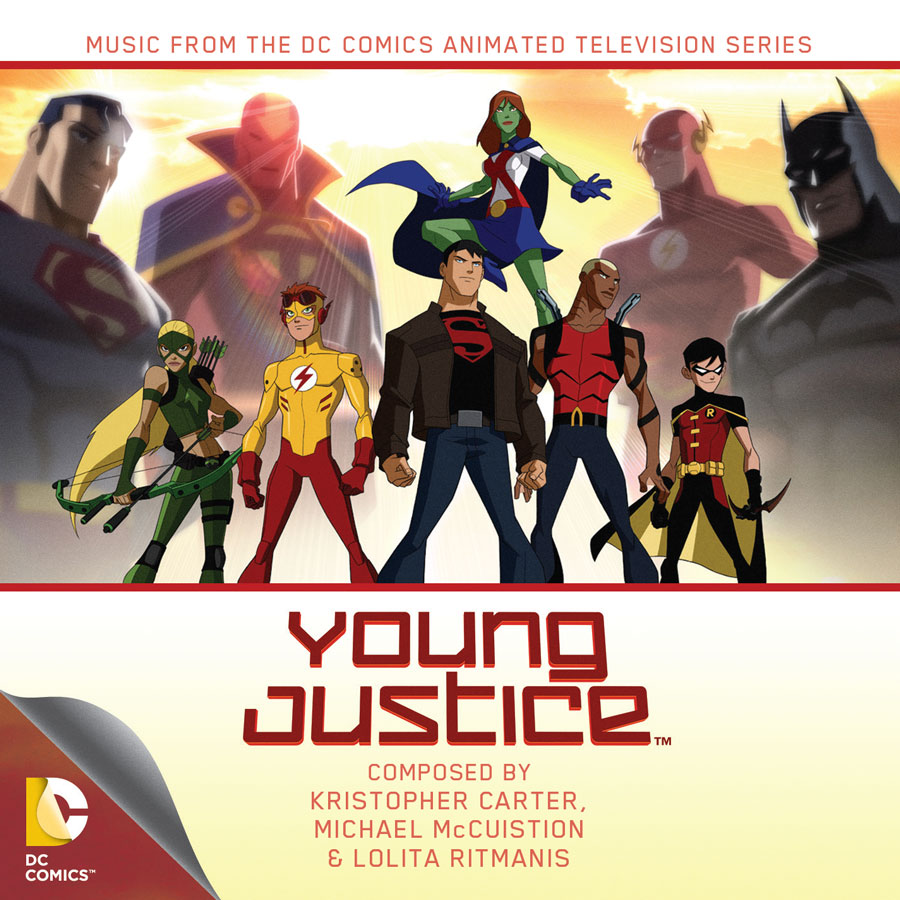 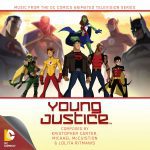 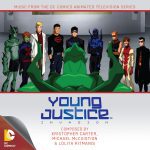 After the Green Lantern: The Animated Series albums, I was handed another DC Animated project, the score release of music from Young Justice.  Once again, the wonderful folks at WB Animation were able to get me all the assets I needed, and since the album would represent two seasons of the show, I decided to go for two covers in a ‘reversible’ format for the booklet.  Once the font and overall design aesthetic was locked in, it was just a matter of picking the right images from the series to showcase in the booklet.  I thought I did a good job – but apparently the producers of the show had a few preferences that were even better! So I made those fixes, and the album packaging is much better for it. Young Justice is now available from La-La Land Records.