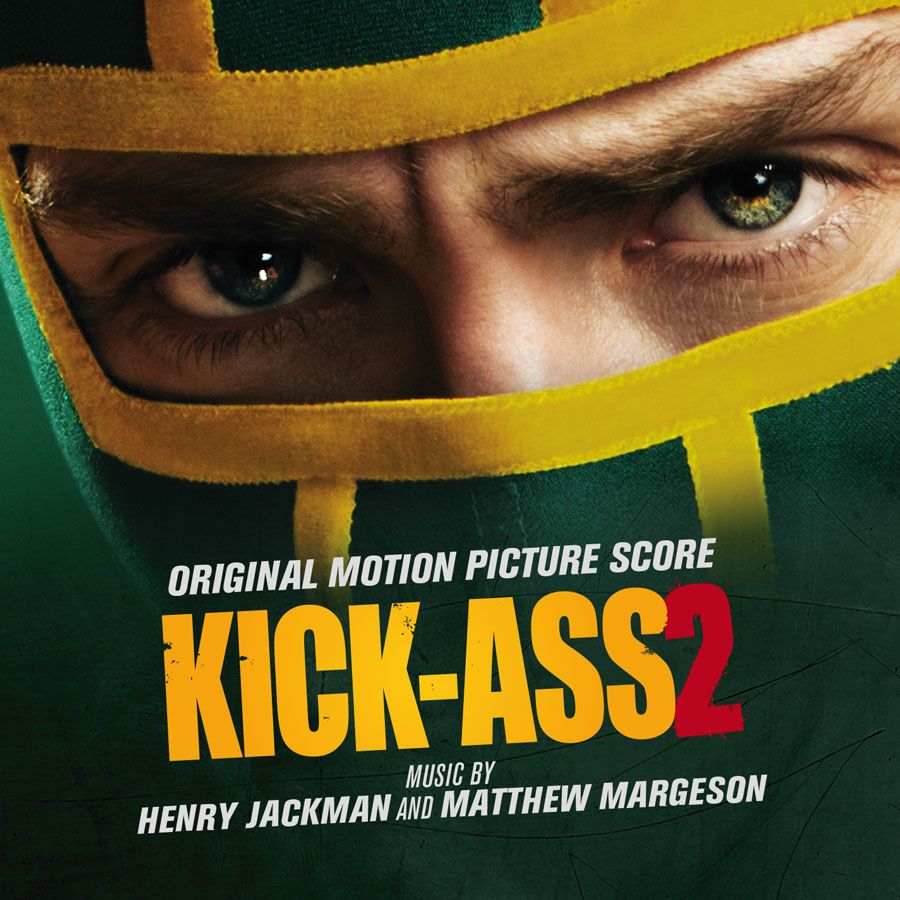 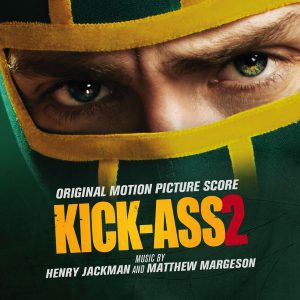 This was a fun project to be involved with. I’ve known co-composer Matthew Margeson for years, and was fortunate enough to attend the scoring sessions for Kick-Ass 2, which he co-wrote with Henry Jackman.  While at the sessions, I inquired about the score album, and that got the conversation started between La-La Land Records and the production company.  (Universal Studios was the film’s distributor, so we didn’t have to go through them.)

Once a deal was struck, Matt put together a really enjoyable album assembly, with some physical album “exclusive” tracks.  I then worked with Universal Studios UK to get the art assets, and I came up with (what I felt was) a pretty sweet cover.  I was also able to integrate some of the scoring session photos I had taken into the art package, and maintained the font used in the ad campaign throughout, for continuity. 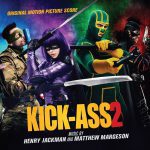 Then, Sony announced the song album, and their cover… and it looked nearly identical to mine.  The decision was made, sadly, to ditch the cover I had (shown here on the right), and replace it with a cover that looks different from the song album (seen above).  I’m still pretty happy with the result, and the booklet has a nice clean aesthetic to it that I am trying to do more of in my work.  And the album is fun to listen to, as well!  It’s currently available on Amazon and iTunes.