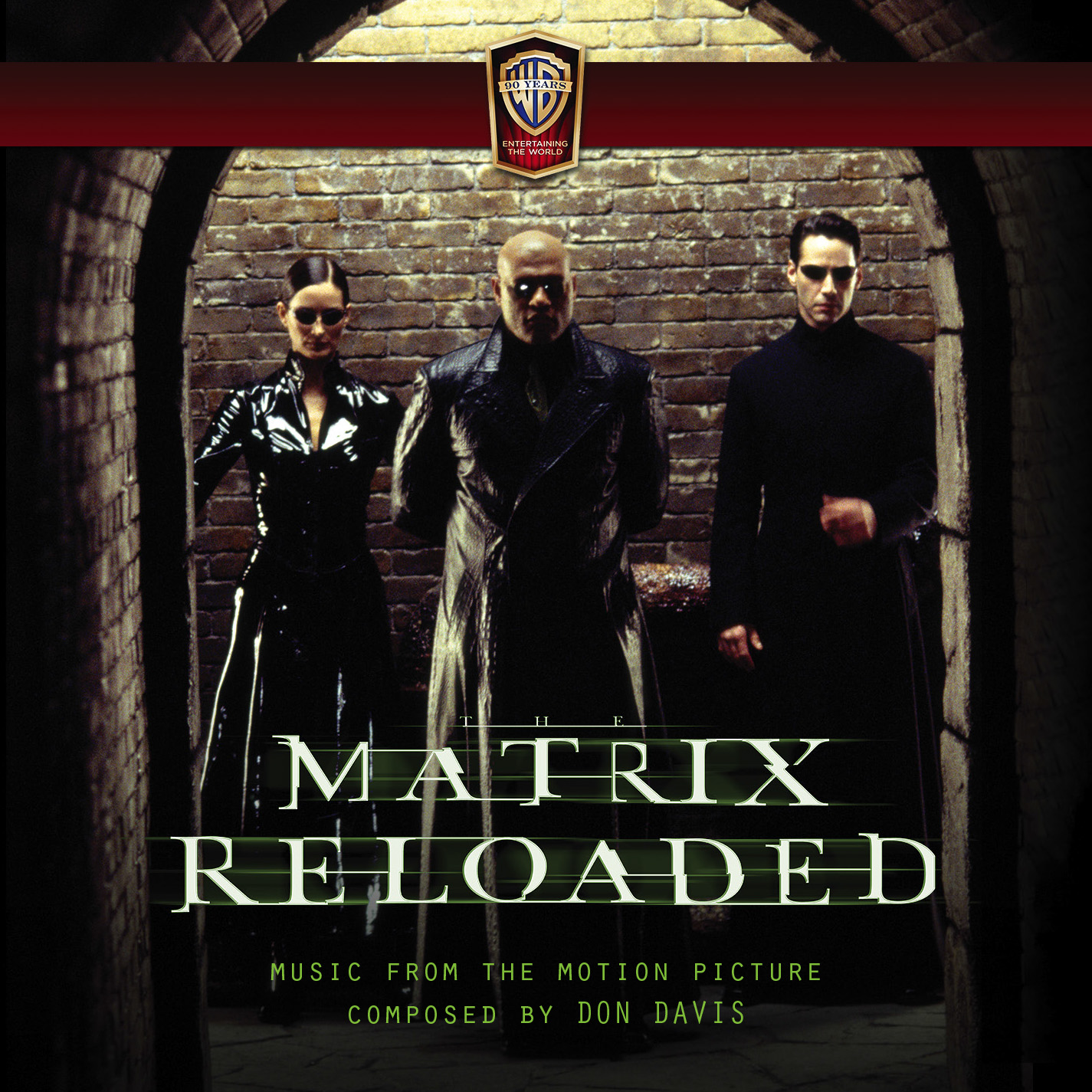 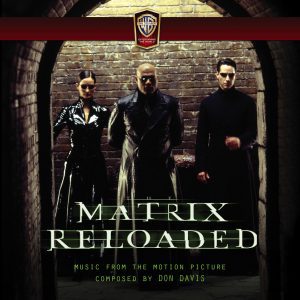 I’ve known composer Don Davis for years, having first met him when I interviewed him about The Matrix in 1999, and subsequently building his website.  When The Matrix Reloaded came up as a project, I immediately jumped at the chance to work to bring this amazingly complex and awesome score to the fans. (Yea, there’s a bootleg, from Don’s 2003 promo, but it’s not the same and doesn’t sound as good.)  The big question for this project would be, however, if we were able to get some of the Juno Reactor tracks that were used in the film that hadn’t been released before.  Unfortunately, the answer was no.  It’s not that we couldn’t get the assets – it’s just that from a legal licensing perspective, it wasn’t going to happen. Sadly, this means that the “Free Flight” sequence wouldn’t be the film version – it would be the version that Don Davis wrote, prior to Juno Reactor’s involvement. Similarly, we wouldn’t be able to get the film version of “Double Trouble” (an edited version of a Paul Oakenfold track).  However, we could use the material found on the original album, most notably the “Burly Brawl” and “Mona Lisa Overdrive” sequences.

The original 2003 soundtrack album was mastered with a severe amount of compression, destroying any real sense of dynamic range.  While our main orchestral source was Don Davis’ own ProTools sessions from 2003, that didn’t give us the Juno Reactor material.  For that, we reached out to music editor Zig Gron, who was able to sift through the 10-year old archives and find the final, unmastered, mixes for us to use.  Suffice it to say, the level of detail in “Mona Lisa Overdrive” is beyond anything you’ve heard in the film (buried with the sound effects) or the original 2003 album (compressed to hell).

Once the album was finished, it was time to turn towards the artwork.  We wanted the image used on the DVD/Blu-ray cover (of Morpheus, Trinity and Neo), but that was a photoshopped image – it was easier to use the original source photo and keep it as is.  We had limited assets, and I decided to put the teaser character posters in as the disc artwork, and utilize the Matrix code screen for a general background image beneath the text and photos.  Obviously, green is a predominant color in the palette.  The project was announced at the Film Music Festival in Cordoba, Spain, in June, and WB signed off on the art shortly thereafter.  Hopefully we’ll be able to do The Matrix Revolutions after this – only time will tell!