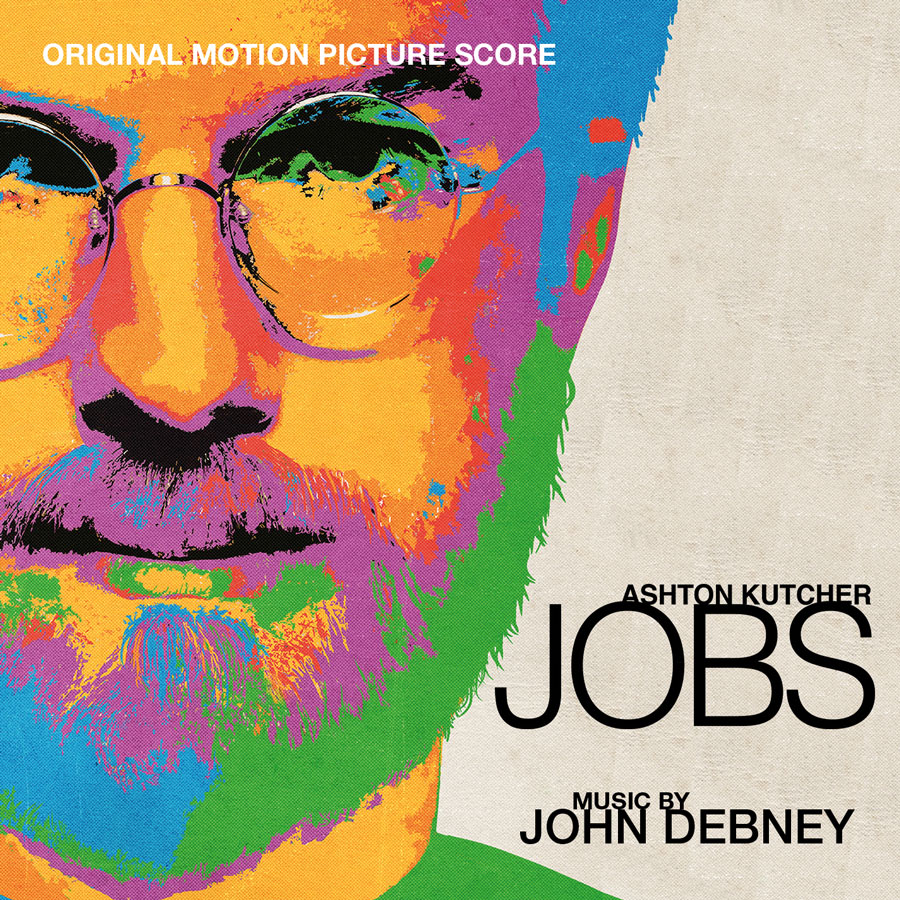 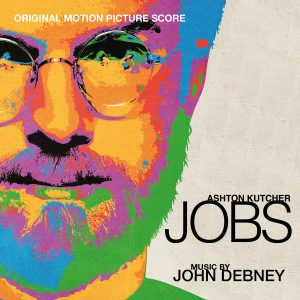 While I was in Spain at the International Film Music Festival in Cordoba, publicist Ray Costa mentioned to me that John Debney had scored the Steve Jobs bio-pic starring Ashton Kutcher, and we should look into the soundtrack album.  I mentioned it to the La-La Land guys, and before I knew it, I was told that a deal had been worked out and we were doing the soundtrack!  This would mark my sixth soundtrack project for a 2013 film, following Hansel & Gretel: Witch Hunters, The Conjuring, Evil Dead, Kick-Ass 2 and Red 2.  Working with music executive Mason Cooper, I put an album assembly together that Debney was happy with, and then it was a matter of getting it mastered and doing the artwork.  It was a pretty fast project, probably only about three weeks from start to completion, since we wanted to get the album out around the time of the film’s release.