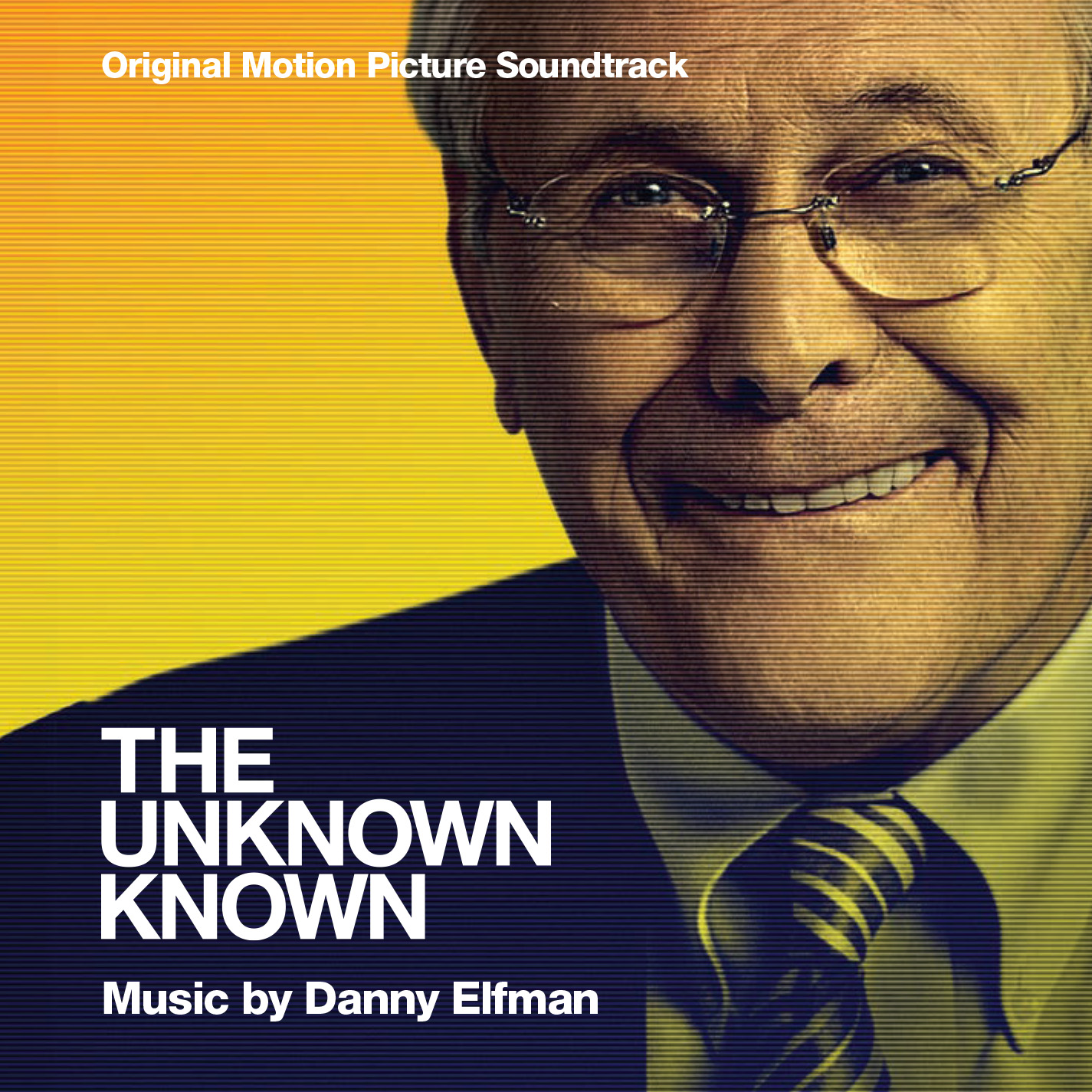 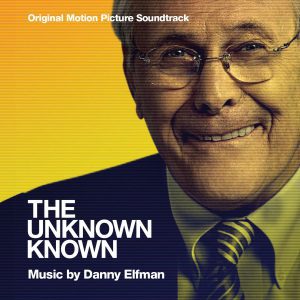 I had never heard of The Unknown Known, but when I was assigned to do the artwork for the album, I was thrilled because it was yet another chance to work with Danny Elfman and his awesome team. In this unique case, the soundtrack was completely owned by Elfman, and so there was no studio to deal with.  A selection of high resolution art assets came my way, and after the usual back-and-forth with changes, it was good to go.  It wasn’t until the album was physically in my hands that I had a chance to actually hear the music, and I was blown away by how powerful and enjoyable it was.  I know some people are instantly turned off by the image of Don Rumsfeld’s smiling face, but the documentary (which I also finally saw) was fascinating, and the music is absolutely worth owning.

Update February 2015: I’m thrilled to point out that The Unknown Known won in the category of “Best Documentary Score”, by the International Film Music Critics Association!