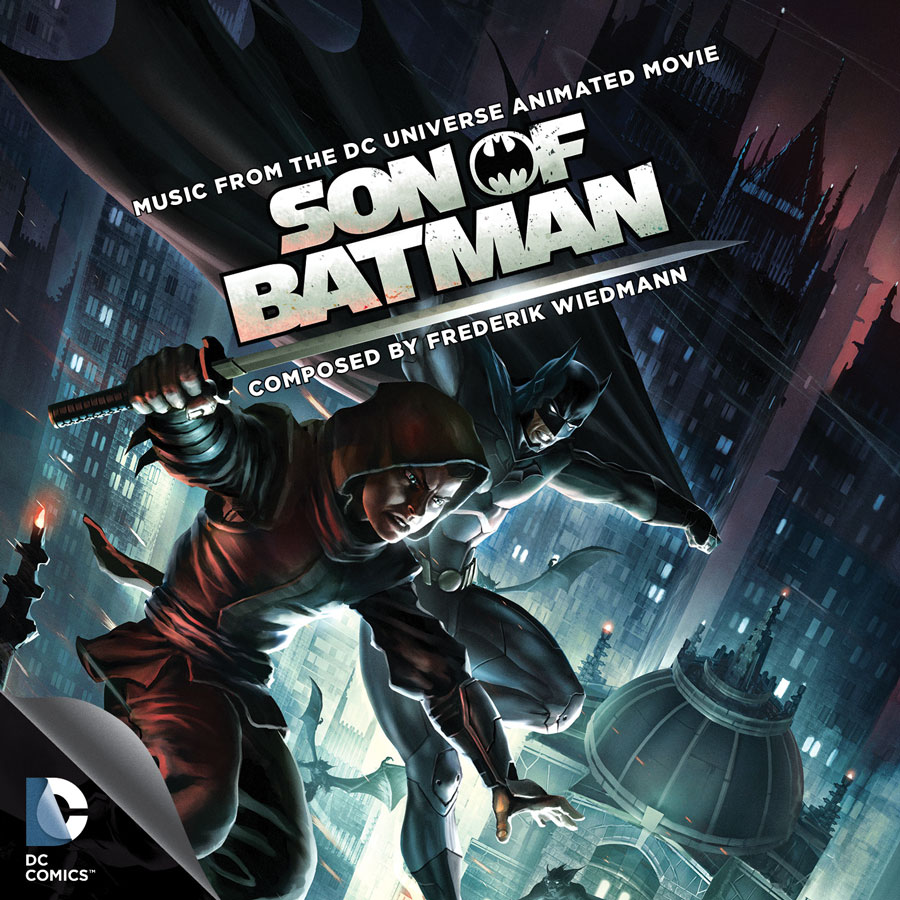 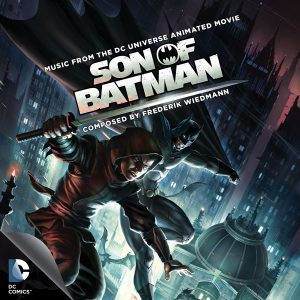 At this point, having worked on a few of these DC Universe Animated Movie soundtracks, there’s a template established which helps streamline the process of making the artwork.  DC has a style guide indicating the colors that are character-appropriate, and generally the font is (coincidental or not) Gotham.

Unlike some of the other direct-to-video releases, where I had to pick frames from a timecode-stamped DVD, Son of Batman actually had plenty of imagery to pick from, which made the process of laying out the booklet even easier and faster.  Since 2014 marks the 75th Anniversary of Batman, we were also able to integrate the new logo that DC/Warner Bros. had designed for the occasion.