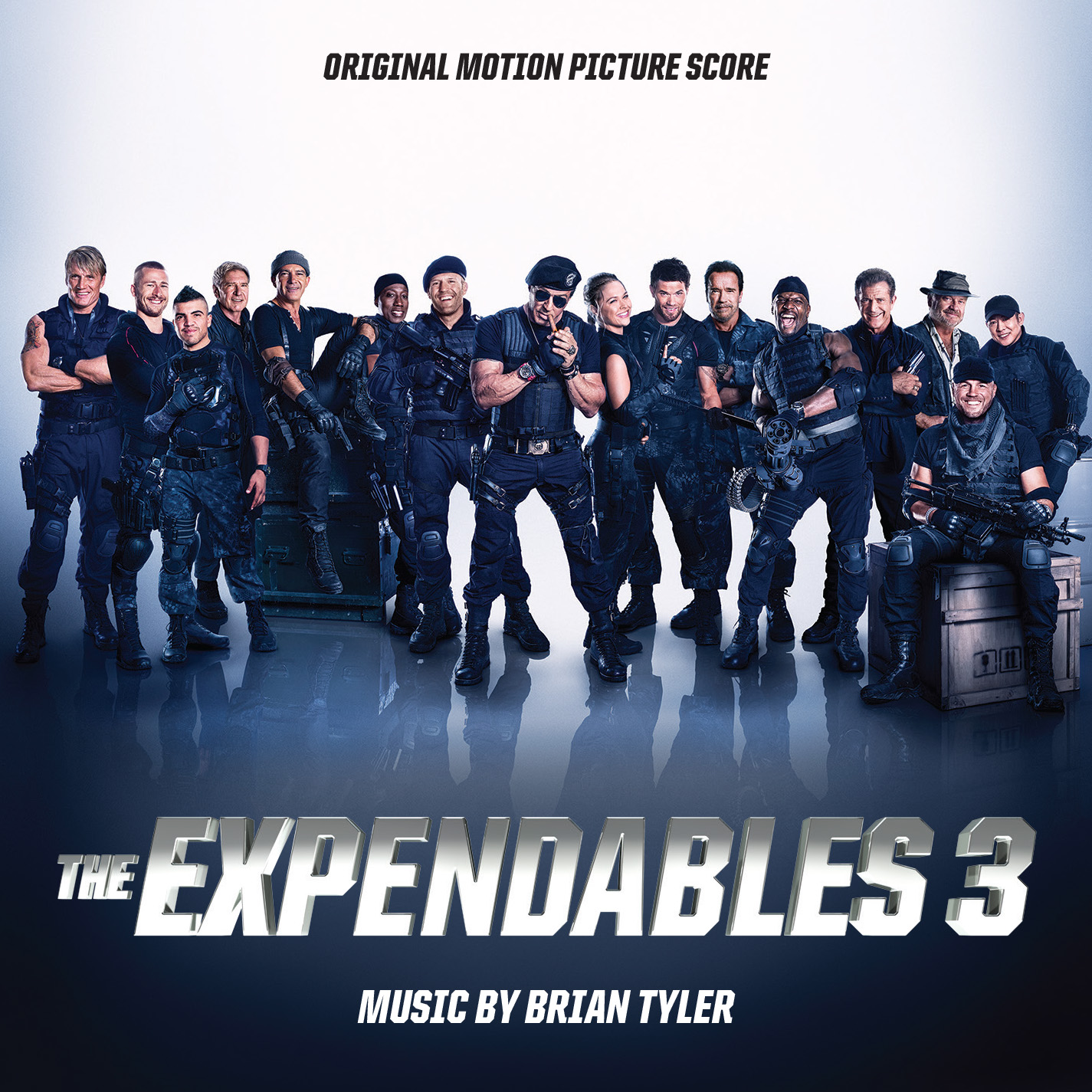 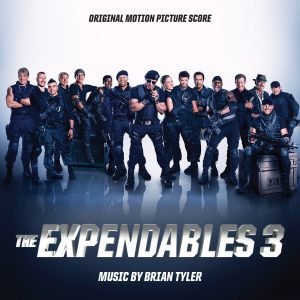 Working on a current film title is always exciting, for a number of reasons. With The Expendables 3, we got to see the film way early. Granted it wasn’t high art, but I found it entertaining. It also gave me a chance to get a sense of what scenes were important and what the design aesthetic used in the film itself is.  Probably the biggest challenge for this project was the timeframe in which it had to take place – I was traveling to Spain for a film music festival right in the middle of the project, and the Internet connection at the hotel was not the fastest or most reliable – yet I somehow managed to download 8GB worth of artwork assets overnight. (Sorry to those that were wondering why it was slower than usual!)

The font used for the title was United, so that made it simple in terms of deciding what to use for the text in the package.  With such a large cast of actors in the film, we needed to make sure everyone fit on the cover, and inside the booklet we made sure to feature the top billed actors as well.  It was really pushing the limits of my laptop trying to work with over a dozen 3GB+ Photoshop files integrated into one spread, but amazing it worked.  I’m also proud of the spreads where I put two actors next to each other and they look like they’re interacting – but they were all separate. You can check out the artwork here.