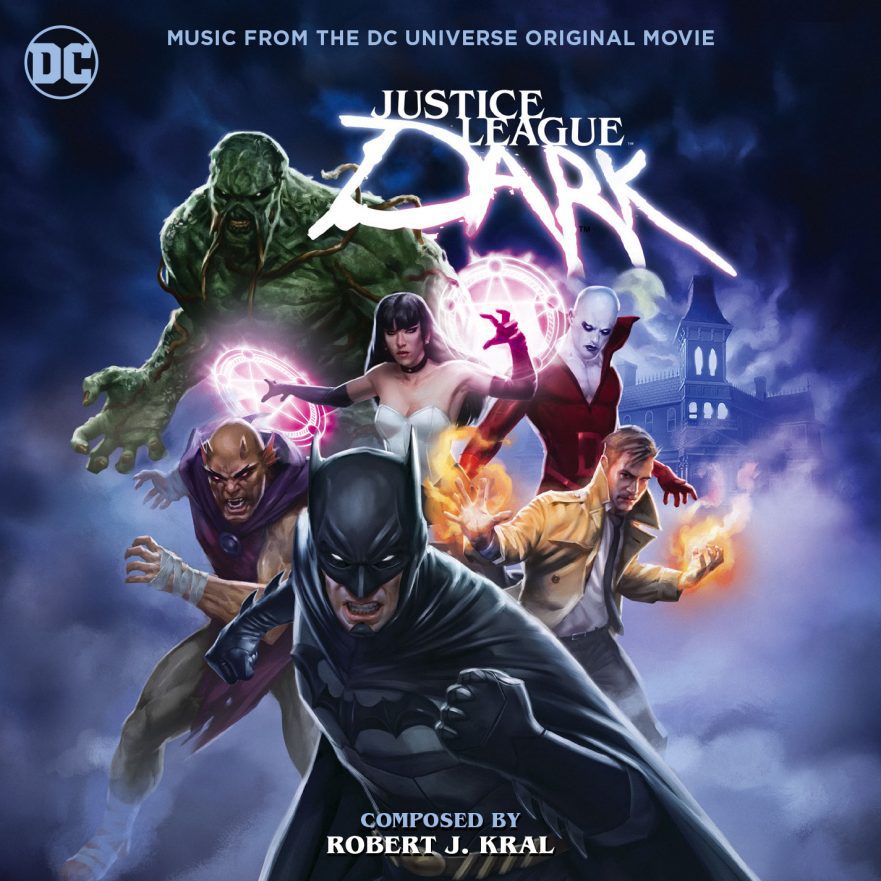 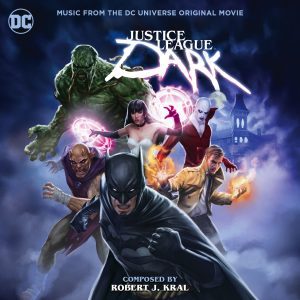 One of the great things about working on the various DC Universe Original Movie animated film soundtracks is that there’s a process in place that makes it a really smooth project, at least on the artwork end of things. I know who I need to contact at Warner Bros., they get me the various home video key art assets for the cover, as well as some production backgrounds, and then they send me a watermarked, time-code stamped DVD of the film. Using that, I view the film and note the time-code frames that I want to get screengrabs from, and then they turn around and get me HD imagery of those stills. I wish all album projects were this way, since more times than not, there is a great iconic shot in a film that would be great to include in the packaging, but it tends not to be part of the production stills available.

In the case of Justice League Dark, the artwork came together as smoothly as the previous DC animated projects.  I got liner notes from the composer, and the dominant body text font, according to DC’s style guide, is “Gotham”, appropriately enough, as always. Using a bit of a font matcherator to deconstruct the title logo, I found that they were using Benguiat ITC, so that became the font for the headers in the booklet.  Like the last project, I was also commissioned by WaterTower Music to create the iTunes digital booklet based on my physical booklet layout, but in this instance, I was hired before I started on the physical art, so I actually built it from the ground up formatted specifically for the iTunes booklet specs.  It’s handy to know in advance if you know your end products when starting!  As always, check out the artwork at Warm Butter Design.