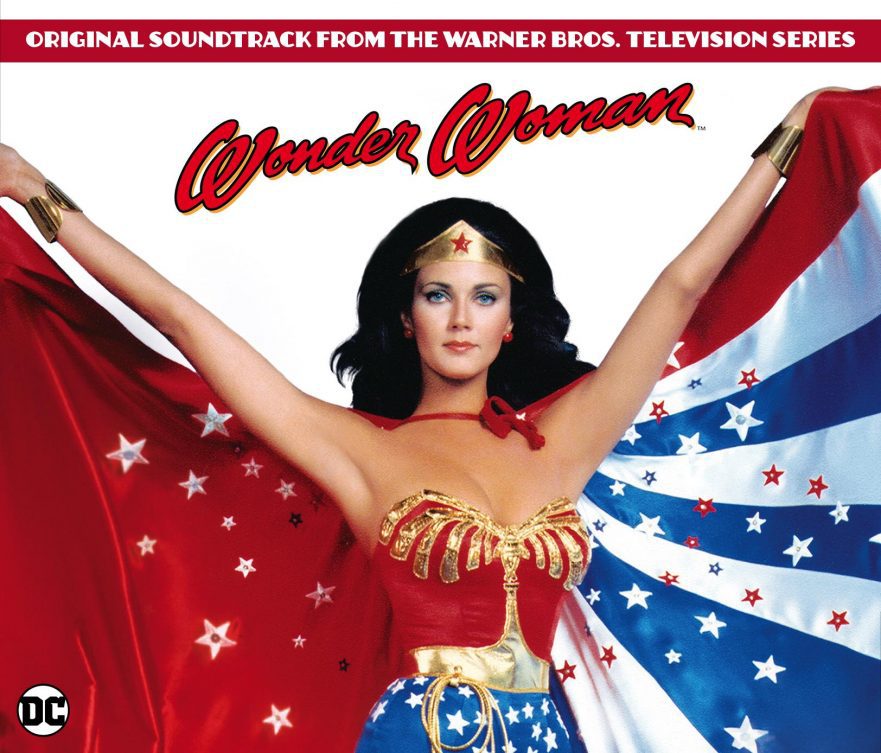 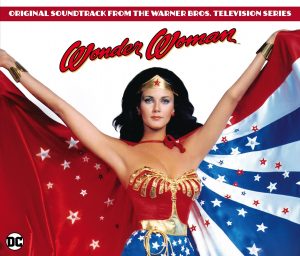 At this point, I had done the album art direction for numerous DC-related properties, but had yet to tackle one of the ‘vintage’ DC television shows.  All of that changed with Wonder Woman.  Producer Neil Bulk and La-La Land Records had previously employed me to do the artwork for the 7″ vinyl picture disc single released last year, so it was always expected that I would be doing the 3-disc CD release.

The biggest problem we faced was a question of the assets. The television series aired on CBS and then ABC, and while Warner Bros. controls the material, they don’t necessarily have the licenses for all the imagery.  Cutting to the point, we had fewer images that we could actually use than what we thought we had.  As a result, the packaging and booklet are pretty simple, but there’s a red-white-and-blue and stars motif going throughout the package that I’m happy with. Take a look inside the artwork here!